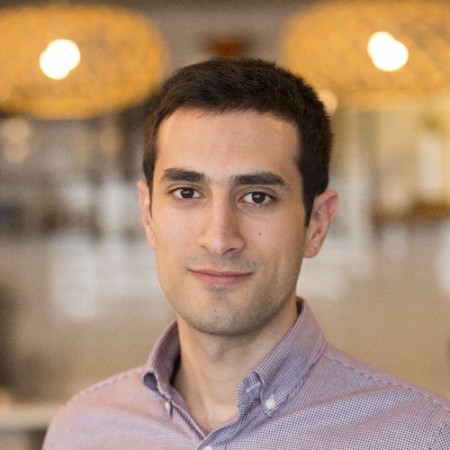 You may not have heard of ALICE Technologies, but you will soon. From the mind of René Morkos, a Stanford graduate from the Czech Republic with a unique life story, came an idea that aims to help the entire construction industry build faster and cheaper. 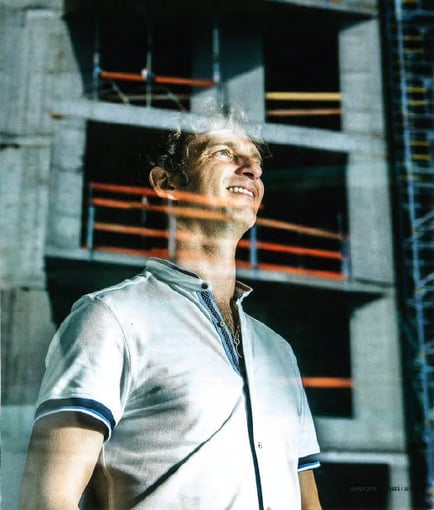 “In a matter of minutes, our software generates 600 million options and picks the best one,” says Morkos, a 37-year-old engineer with a Czech passport, unique global background, prestigious education, and the ambition to change the world. Specifically, to change construction, one of the oldest forms of human work. “Construction projects have been managed the same way for 60 years,” he says passionately, “and we now finally have a way to bring it into the 21st century.”

For the last few decades, human schedulers have performed their work manually using tools that have stayed largely the same for more than 20 years. This is why Morkos believes that his company, while still fairly young (ALICE was founded in 2015), is poised to make an outsized impact on an industry in such dire need of innovation.

Even though ALICE has only been on the market for a little over a year, it has already partnered with notable international construction firms such as the Norwegian giant AF Gruppen (registered on the Norwegian stock exchange), the American Hawaiian Dredging Construction Company, BI Group (the largest construction Group in Kazakhstan), and DPR, one of America’s most innovative construction companies. René is also actively talking to Czech construction companies such as Sebre and Skanska. “We’ve tried ALICE on various projects from gas electric plants to hospitals, and the platform works across the board,” claims Morkos.

Investors including Lightspeed Venture Partners and Merus Capital, who have to date invested $16 million dollars, are betting on that statement to be true. Ondrej Fryc, the founder of Mall.cz, has also co-invested through his fund Reflex Capital.

“René is disrupting a field that has been working inefficiently for a very long time. Scheduling and optimizing tasks on large construction projects is so complex that no one to date has managed to crack that problem” says Fryc. “ René has the best possible combination of knowledge and skill sets to do so.”

It’s the start of summer, and the Californian sun is shining on René Morkos, who is sitting on a porch with his feet on a balcony. He’s wearing flip flops and a t-shirt, his regular work uniform which amongst Silicon Valley’s palm trees doesn’t seem out of place at all. His offices are in an old Victorian mansion that used to be occupied by the German consul in the mid 19th century. Before he got to the U.S. and founded his business, he went through an exciting life journey which looks nothing like the typical Czech startup story.

In 2004, at the age of 22, René moved to Kabul, which at the time was not exactly topping any best destination to live or work lists. “I wanted to learn the value of human life,’’ remembers Morkos. While in Afghanistan, he worked as a civil engineer for a German construction company, HARO, whose company motto reflected Afghanistan’s war-torn environment at the time: “Take it easy, we will build it again.”

Morkos managed a team of 114 people in an active war zone, working on projects such as repairing RPG attacks on the international airport’s runway. His company-issued bodyguard was always close by in case danger struck.

“My mission was simple: get back home in one piece,’’ he recalls of his year in the troubled capital where he managed 14 projects and almost lost his life three times (a car bomb exploded 60 meters away from him). “And just like in baseball, after the third strike I immediately resigned.”

To recover, he disappeared into the Amazon jungle on the other side of the planet, and when he emerged he applied to the University of Southern California for a graduate program in Construction Management. There he proved to be a talented student, finishing the two year program in nine months.

Stanford University was his next destination, where he enrolled in the University’s PhD program.His degree was first financed by Slavenburg, the Dutch firm he consulted for during his studies, before he won a fellowship from Stanford to pursue his research ideas. Morkos truly excelled at his faculty — for his PhD dissertation, he developed the “Operational Efficiency Frontier,” a theory which formed the basis of his business. Since graduating with his PhD, Morkos has been invited back to teach his work in Stanford’s Construction Management program.

Morkos first saw the potential of his theory while building a cruise ship terminal in Amsterdam. He noticed that even though the general contractor and the steel sub contractor were arguing over why the steel for the foundation was six weeks late, much of the construction site was completely devoid of active work. This seemed like a waste of resources and space, so he installed a camera at the site to measure the utilization of space on the project. It turns out that work occurs on a construction site on average only 3% of the time.

To address the issue of assigning additional workers onto a construction site without them getting into each other’s way, Morkos developed an algorithm that can combine all the relevant variables — from renting cranes to changing weather, to slow labor or insufficient concrete availability — to generate an optimal construction schedule that keeps resources like labor, equipment, and materials flowing through a construction site efficiently.

In 2013, he competed against 104 teams to win Stanford’s campus-wide BASES business competition for startups. He walked away with $20,000 and validation that his idea was worth something.

In 2015, he founded ALICE Technologies (an acronym that stands for ArtificiaL Intelligence Construction Engineering), but it took another 3 years of intense work before it was ready to be released to the market.

Over the past eight years, he’s been subjected to many opinions that he was crazy and that construction is too complicated to be solved with an algorithm. “BS, you bet that you can!” says Morkos. “Everywhere in the world building elements are roughly the same, and I bet my career on it.”

According to Fryc, it would be difficult to find someone better suited to change the status quo in construction. Thanks to his father, Morkos has been involved in construction for the better part of three decades. His construction experience paired with his world-class academic pedigree make for a rare combination, and his unique upbringing has armed him very well for an entrepRenéurial life. “René is multicultural- a little Czech, a little Lebanese, and a little American, and thanks to that he has broader horizons. I tend to like immigrant founders because they are usually not afraid to take risks, go outside their comfort zones, and are used to overcoming obstacles.”

The work done on major construction projects does seem to be largely repeated and predictable. Builders know how long concrete needs to dry or how long the electricians need to install their work on a floor. Other physical constraints, legal requirements, technological processes, materials, and labor resources are similarly consistent and predictable. Even so, scheduling tasks on large construction projects is a delicate dance between various requirements such as time, quality, and cost. And those requirements need to take into account the precedence that is inherent between various tasks on the project.

Preparing construction schedules often takes several months and requires a lot of manual effort which is slow and subject to many errors. Morkos claims that the calculations that ALICE can do in 10 minutes would take a human 13 years. That is why his platform can save owners and contractors precious time and money while also reducing material waste on construction sites.

“Construction is a field that is 100 years behind current technology. Everyone suffers as a result, but up until now there has not been a simple platform that can fix it” says Pavel Staf, whose company Proficek performs construction management and technical consulting for projects such as the Drn building on Narodni Trida. According to Staf, this lack of innovation in this industry is why ALICE is on the right track. “In this field, there is so little technological progress that every innovation is welcome. I see ALICE as the beginning of a larger change that must come. This change, to an industry almost exclusively managed by [Microsoft] Excel, will be similar to what happened when the industry moved from paper to AutoCAD.”

Other industry participants are similarly optimistic. “It is an interesting idea, and I can clearly see how it will be useful, especially for large complex projects which have repetitive components,’’ says Jan Kubicek, the general manager of Real Estate company Sebre, which built the Cernovo Bremeno complex and reconstructed the Sporkovsky palace. According to him, once its proven that it works, the interest will be like a snowball, because current project management software are far from ideal.

Morkos agrees that the initial adopters of this software will be large projects. ALICE’s current target market segment are companies with revenues of least $100 million and a desire to innovate.

One example of such an innovation is the ability to reschedule in real time. “When your labor doesn’t show up on site, or you need twice as many cranes, you can put that into ALICE and immediately see what the effects on cost and duration are. Having the option to see scheduling alternatives, whether before construction, or during construction is great,” says Staf.

For Morkos though, the importance of his invention goes beyond dollars and cents. While remembering the destroyed runway in Afghanistan, he points out that faster construction of key infrastructure projects will lead to saved lives.